Who is TxtSquad? Find out here

See how customers are using TxtSquad.

About School Lunch Association of NL

In 1988, an interchurch group who were investigating the use of food banks in the City of St. John’s prepared a report entitled Poverty: The One Thing Money Can’t Buy.

Their study concluded that in the many families that used food banks in St. John’s, children were being kept home from school because parents did not have the money or food to send with their children for lunch.

This idea gained a lot of attention from the public sector and a committee for hungry children was set up.

A year later, the School Lunch Association took shape and began its mission, and now serves up to 14,000 students at over 40 schools across Newfoundland.

The program's success, and the impact on children in need, were incredible. As the program expanded, the School Lunch Association began to use digital solutions to communicate with the parents or guardians of students that used these plans. 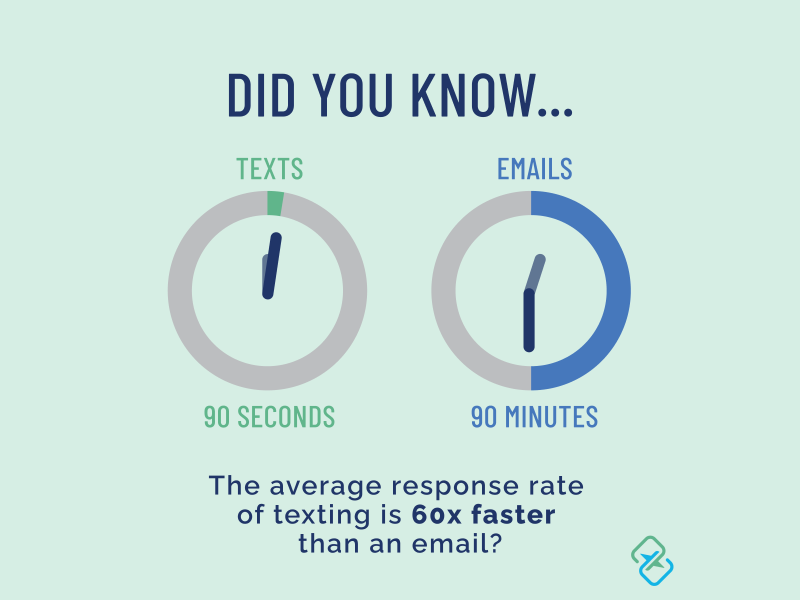 The Executive Director of the School Lunch Association realized that they had more questions than answers, but they knew they were on the right track.

After some careful research, he made a short list of companies that he thought may be able to help him with his problem.

However, once he spoke with Josh Taylor, the CEO of TxtSquad.com, he knew he had his answer.

The local school board had provided a list of all cell phone numbers of parents and guardians enrolled in the program, along with the names of their children, the schools they attended, specific dietary requirements for the students, and other contact information. Now, what to do with this information?

The School Lunch Association didn’t have a lot of experience manipulating large data sets for outreach, they were using a simple e-mail platform to communicate with parents and guardians.

To their relief, the TxtSquad.com team handled the on-boarding, and proper structuring, of their data to ensure that the School Lunch Association started on the right foot. COVID-19 had created a lot of difficulties for the School Lunch Association and their ability to plan in the longer term for their program. With several COVID-19 waves, schools opened and closed several times which ended up being a big disruption to their program.

It was time to send out their first outbound communications to parents and guardians to let them know what the plan was for one of these disruptions.

With thousands of parents and guardians pre-paid for the next few weeks, the team at the School Lunch Association knew that some parents would be fine with the program holding onto the money until schools were back open, however, some parents needed a refund. The text message was simple.

It let parents and guardians know that everything would be held over until school re-opened, or, you could apply for a refund - no questions asked.

The parents and guardians were asked to agree to the holdover or to request a refund. But this made the School Lunch Association team nervous. What should they do for those that didn’t respond?

The average open rate on their e-mail campaigns was only 30% and it would take hundreds of hours to reach parents or guardians with traditional phone calls. To their delight, the text message campaign received a 89% engagement rate - completely underheard of in their previous communications campaigns. On top of engagement, they saw drastic changes in the behaviour of parents in guardians with a 71% decrease in call volume and a 94% decrease in those showing up to their office to pay in person.

If they were seeing this massive increase in engagement with text messaging, what else could they use TxtSquad.com for?

Charitable organizations run on razor-thin budgets to keep the focus on their core mandates. In the School Lunch Association’s case, feeding children. Reducing administration work frees up their team to do what they do best. If one text messaging campaign could cut down on hundreds of hours of administrative work, what else could they use it for?

The School Lunch Association has sent over 150,000+ text messages with Txtsquad.com and they are only getting started. 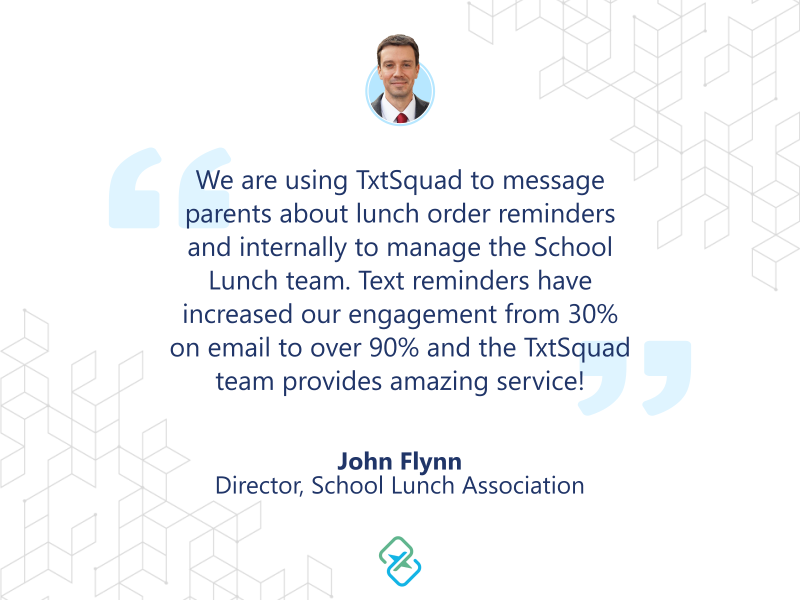